Senior Tennessee U.S. Senator Lamar Alexander paid a visit to his friend Ray Stevens at CabaRay on August 15, 2019.
Their friendship dates back to 1978 when Alexander first ran for Governor of Tennessee.   He was elected Governor and first asked Ray to sing at his Inauguration festivities in 1979.  The two-term Governor went on to seek the Presidential nomination in the 1996  Republican primaries.   During his run for President, he again called upon his friend Ray Stevens to perform one of the State songs, “Tennessee Waltz” at a fundraiser in Nashville.   At their recent CabaRay visit, Alexander and his wife Honey brought along twenty of their friends for a fun night of entertainment.   Known as a classical and country pianist, Lamar was invited by Ray on stage to perform “Tennessee Waltz” with him on a second piano.  The impromptu special performance was well-received by the enthusiastic crowd.   Lamar Alexander presented Ray with a special gift, the framed original lead sheet for the song “Tennessee Waltz” written in 1946. The historic document was purchased from the estate of co-writer Redd Stewart by the Alexander family in 2013. 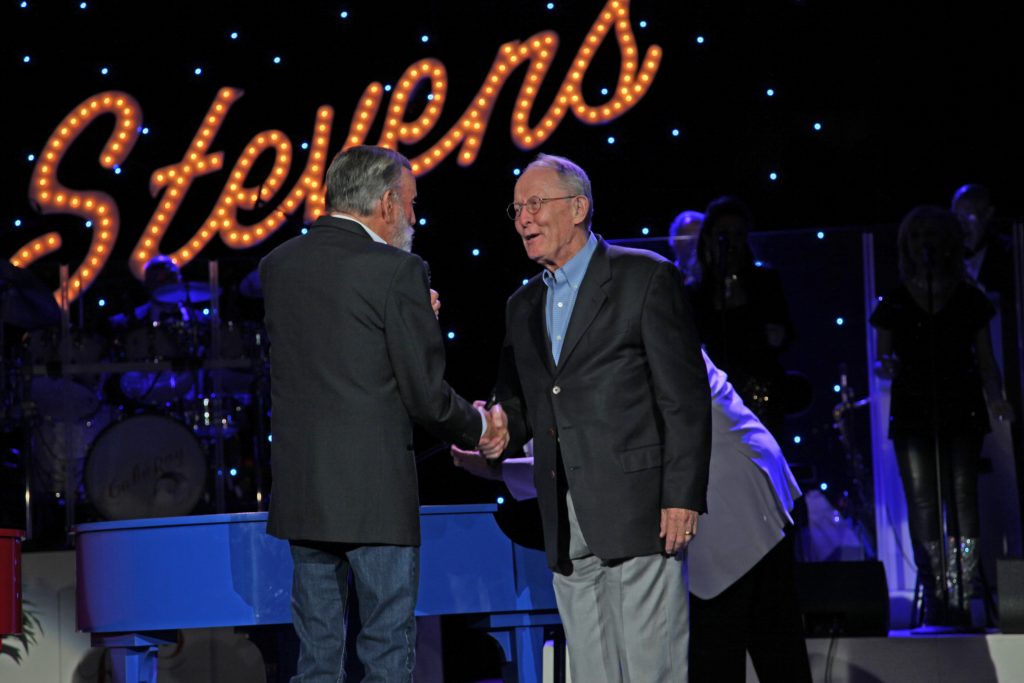 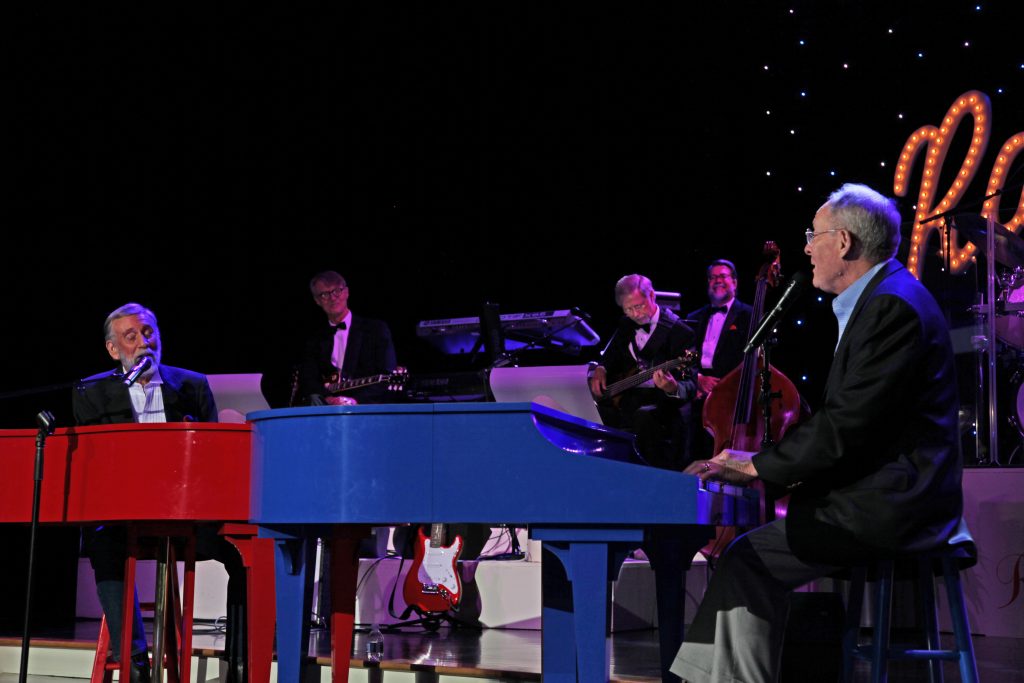 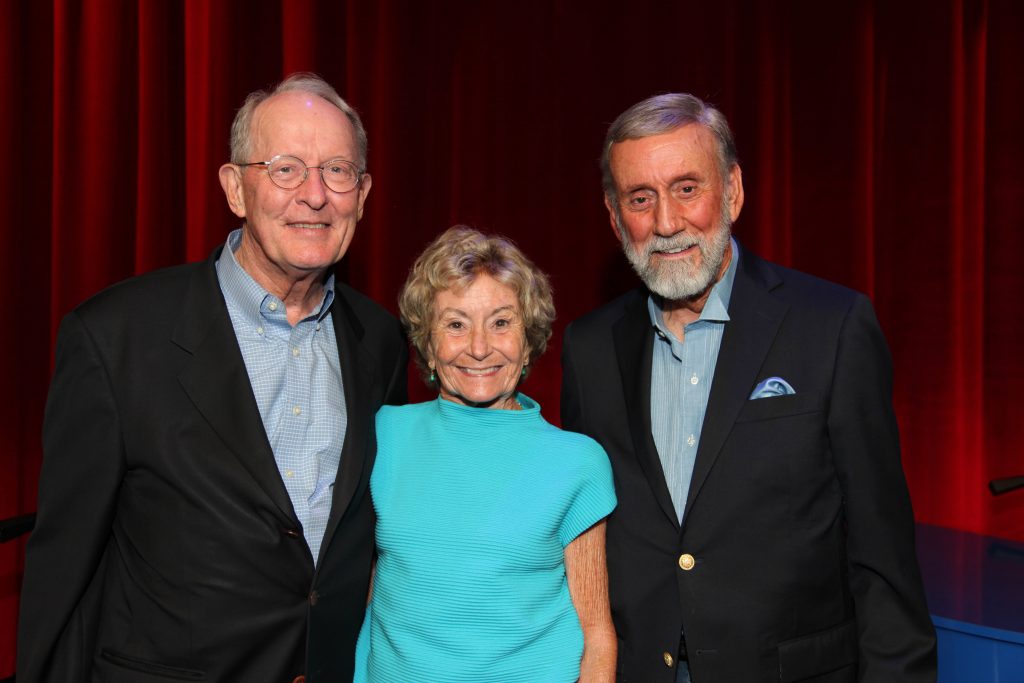 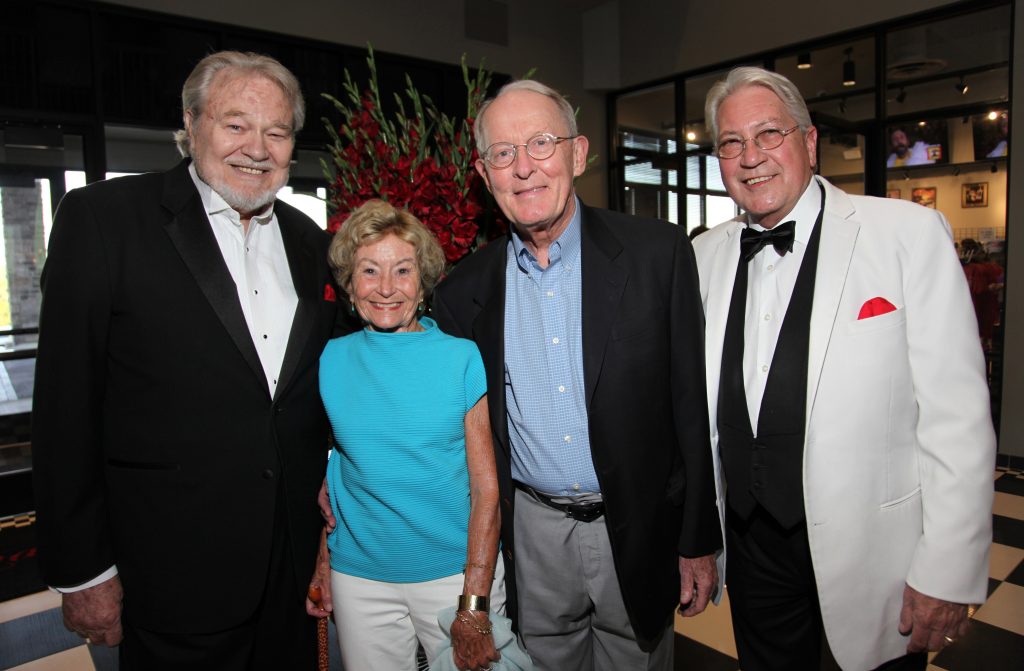